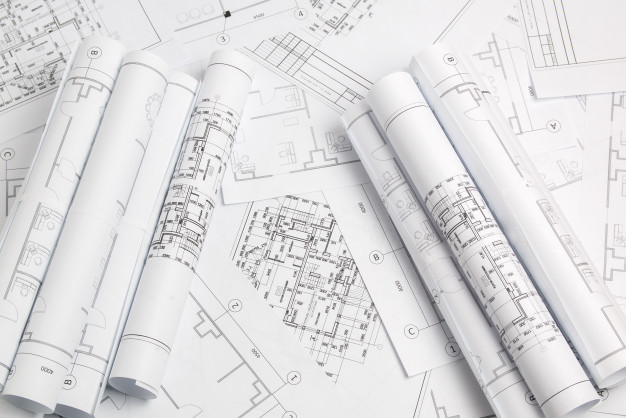 The true doctrine of Election I believe to be as follows. God has been pleased from all eternity to choose certain men and women out of mankind, whom by His counsel secret to us, He has decreed to save by Jesus Christ. None are finally saved except those who are thus chosen. Hence the Scripture gives to God’s people in several places the names of “God’s Elect,” and the choice or appointment of them to eternal life is called “God’s election.”

Those men and women whom God has been pleased to choose from all eternity, He calls in time, by His Spirit working in due season. He convinces them of sin. He leads them to Christ. He works in them repentance and faith. He converts, renews, and sanctifies them. He keeps them by His grace from falling away entirely, and finally brings them safe to glory. In short God’s eternal Election is the first link in that chain of a sinner’s salvation of which heavenly glory is the end. None ever repent, believe, and are born again, except the Elect. The primary and original cause of salvation, is God’s eternal election.

The doctrine here stated, no doubt, is peculiarly deep, mysterious, and hard to understand. We have no eyes to see it fully. We have no line to fathom it thoroughly. No part of the Christian religion has been so much disputed, rejected, and reviled as this. None has called forth so much of that enmity against God, which is the grand mark of the carnal mind. Thousands of so-called Christians profess to believe the Atonement, salvation by grace, and justification by faith, and yet refuse to look at the doctrine of Election. The very mention of the word to some people is enough to call forth expressions of anger, ill-temper, and passion.

But, after all, is the doctrine of Election plainly stated in Scripture? This is the whole question which an honest Christian has to do with. If it is not in the Book of God, let it be forever discarded, refused, and rejected by man, no matter who propounds it. If it is there, let us receive it with reverence, as a part of Divine revelation, and humbly believe, even where we are not able to understand completely or explain fully. What then is written in the Scriptures? “To the law and to the testimony—if they speak not according to this word, it is because there is no light in them.” (Isaiah. 8:20.) Is Election in the Bible, or is it not? Does the Bible speak of certain people as God’s Elect, or not?

Hear what our Lord Jesus Christ says, “For the Elect’s sake the days shall be shortened.” (Matt. 24:22.)

“Who has saved us, and called us with an holy calling, not according to our works—but according to His own purpose and grace, which was given us in Christ Jesus before the world began.” (2 Tim. 1:9.)

“God has from the beginning chosen you to salvation through sanctification of the Spirit and belief of the truth.” (2 Thess. 2:13.)

Hear what Peter says, “Elect according to the foreknowledge of God the Father, through sanctification of the Spirit, unto obedience and sprinkling of the blood of Jesus Christ.” (1 Peter 1:2.)

I place these eleven texts before my readers, and I ask them to consider them well. If words have any meaning at all, they appear to me to teach most plainly the doctrine of personal Election. In the face of such texts I dare not refuse to believe that it is a Scriptural doctrine. I dare not, as an honest man, shut my eyes against the plain, obvious sense of Bible language. If I once began to do so, I should have no ground to stand on in pressing the Gospel on an unconverted man. I could not expect him to believe one set of texts to be true, if I did not believe another set. The eleven texts above quoted seem to my mind to prove conclusively that personal Election is a doctrine of Scripture. As such I must receive it, and I must believe it, however difficult it may be. As such I ask my readers this day to look at it calmly, weigh it seriously, and receive it as God’s truth.

After all, whatever people may please to say, there is no denying that God’s Election of some men and women to salvation is a simple matter of fact. That all professing Christians are not finally saved—but only some—that those who are saved owe their salvation entirely to the free grace of God and the calling of His Spirit—that no man can at all explain why some are called unto salvation and others are not called—all these are things which no Christian who looks around him can pretend for a moment to deny. Yet what does all this come to but the doctrine of Election?

Right views of human nature are certain to lead us to the same conclusion. Once admit that we are all naturally dead in trespasses and sins, and have no power to turn to God—once admit that all spiritual life in the heart of man must begin with God—once admit that He who created the world by saying, “Let there be light,” must shine into man’s heart, and create light within him, once admit that God does not enlighten all professing Christians in this manner—but only some, and that He acts in this matter entirely as a Sovereign, giving no account of His matters—once admit all this, and then see where you are. Whether you know it or not, you admit the whole doctrine of Election!

Right views of God’s nature and character, as revealed in the Bible, appear to me to bring us to the same position. Do we believe that God knows all things from all eternity—that He governs all things by His providence, and that not even a sparrow falls to the ground without Him? Do we believe that He works all His works by a plan, like an architect of perfect knowledge, and that nothing concerning His saints, as His choicest and most excellent work, is left to chance, accident, and luck? Well, if we believe all this, we believe the whole doctrine which this paper is meant to support. This is the doctrine of Election.

1. Upon a Life I have not lived,
Upon a Death I did not die,
Another’s Life; Another’s Death,
I stake my whole eternity.

2. Not on the tears which I have shed,
Not on the sorrows I have known,
Another’s tears; Another’s griefs,
On these I rest, on these alone.

Chorus:
O Jesus, Son of God, I build on what Thy cross has done for me;
There both my death and life I read, my guilt, and pardon there I see.

As a pastor and chaplain, Dave Block has been asked a lot of different questions. From specifics on the Christian faith to world religions to deep philosophical ideas and even just plain silliness, Dave tries to answer them all on APD in a concise and understandable way.

Dave is currently seeking questions to answer with the first recordings to begin soon. If you have a question that you want him to tackle, click here. 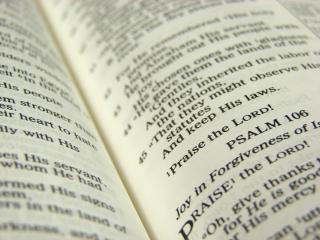 Men may tell you that there are difficulties in the Bible; things hard to understand. It would not be God’s book if there were not. And what if there are? You don’t despise medicines because you cannot explain all that your doctor does with them. But whatever men may say, the things needed for salvation are as clear as daylight. Be very sure of this–people never reject the Bible because they cannot understand it. They understand it too well; they understand that it condemns their own behavior; they understand that it witnesses against their own sins, and summons them to judgment. They try to believe it is false and useless, because they don’t like to believe it is true. An evil lifestyle must always raise an objection to this book. Men question the truth of Christianity because they hate the practice of it.

In the first place, we would not then be very conformable to Jesus, nor be able to say, “As He was, so are we in this world.” Methinks a believer would be ashamed to be so utterly unlike his Lord. What! The master always a man of sorrow and acquainted with grief, and the servant always happy and full of comfort! Jesus despised, reproached, neglected, opposed, and betrayed; and His people admired and caressed! He living in the poverty, and they filled with abundance; He sweating blood for anguish, and they strangers to distress! How unsuitable would these things be! How much better to be called to the honor of experiencing a measure of His sufferings! A cup was put into His hand on our account, and His love engaged Him to drink it for us. The wrath which it contained He drank wholly Himself; but He left us a little affliction to taste, that we might remember how He loved us, and how much more He endured for us than He will ever call us to endure for Him.

But though so bitterly assailed through all the ages — the Bible has withstood the assaults of all its enemies and stands victorious still! The Greek philosophers, with all their skill, were vanquished. The greatest intellects of modern times, find themselves baffled before it. The sharpest arrows that unbelief could forge, have not pierced it. The assaults made upon it — have resulted only in the destruction of the weapons used. All through the ages countless theories — religious, philosophic, scientific, or other — have been used against the Bible, fall in ruins at last before it and to be rejected even by those who them.